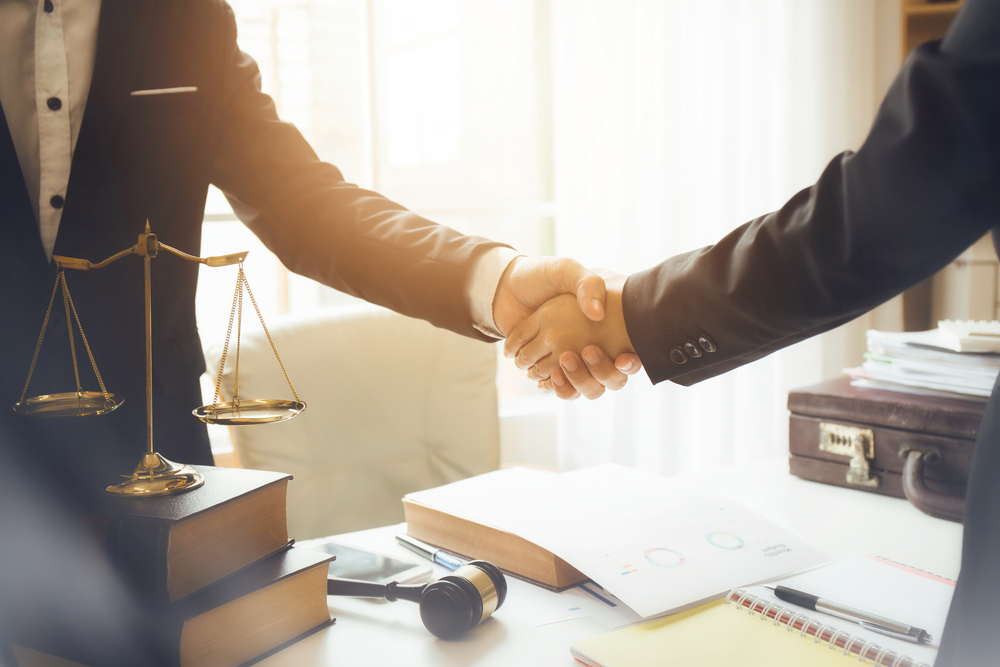 Empire Legal Reporting Helps Attorneys Through The Coronavirus Pandemic Businesses have been hit hard by the coronavirus pandemic and the legal field is not exempt from that. Attorneys have struggled to manage current accounts as dates have been postponed and new...

END_OF_DOCUMENT_TOKEN_TO_BE_REPLACED 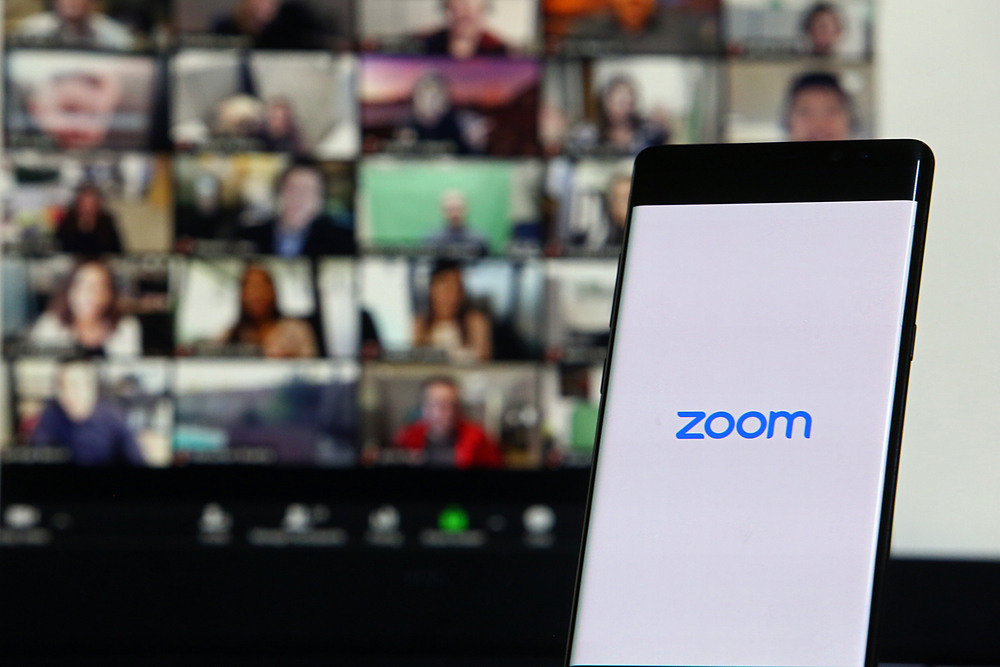 Zoom Meetings Keep Attorneys Connected And Busy During Coronavirus Pandemic Zoom video conferencing was a popular and useful tool for businesses to connect with clients and co-workers around the country or even the world. Then 2020 hit and the coronavirus pandemic...

END_OF_DOCUMENT_TOKEN_TO_BE_REPLACED 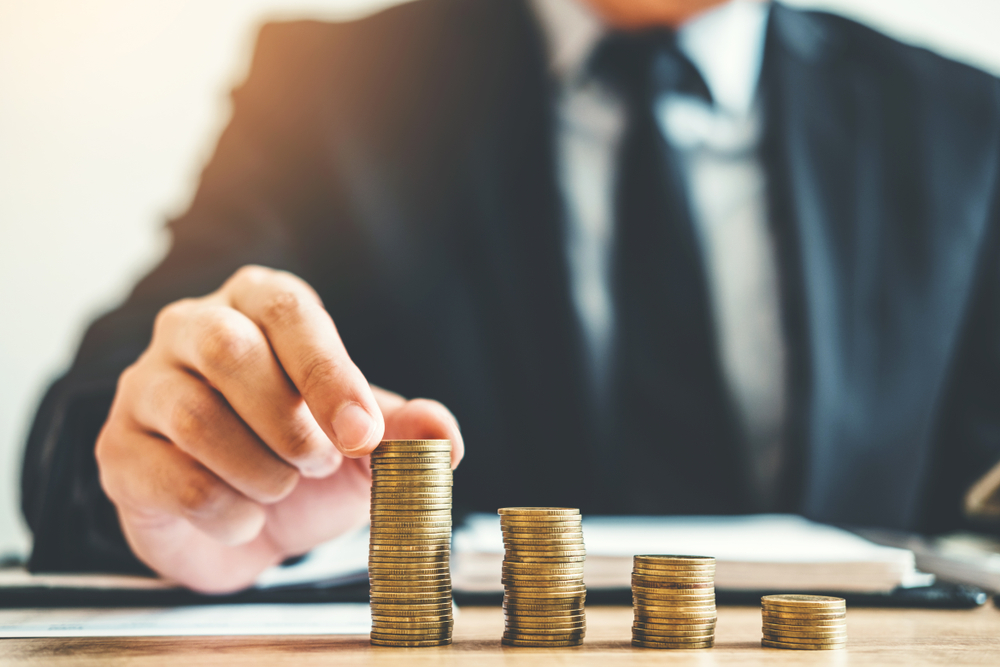 How Empire Legal Reporting Helps Attorneys Save Each Month

How Empire Legal Reporting Helps Attorneys Save Each Month   The cost of running a business seems to go up each month, regardless of how well your company or firm is doing. Attorneys who work for a small firm or independently know this very well as they struggle...

END_OF_DOCUMENT_TOKEN_TO_BE_REPLACED 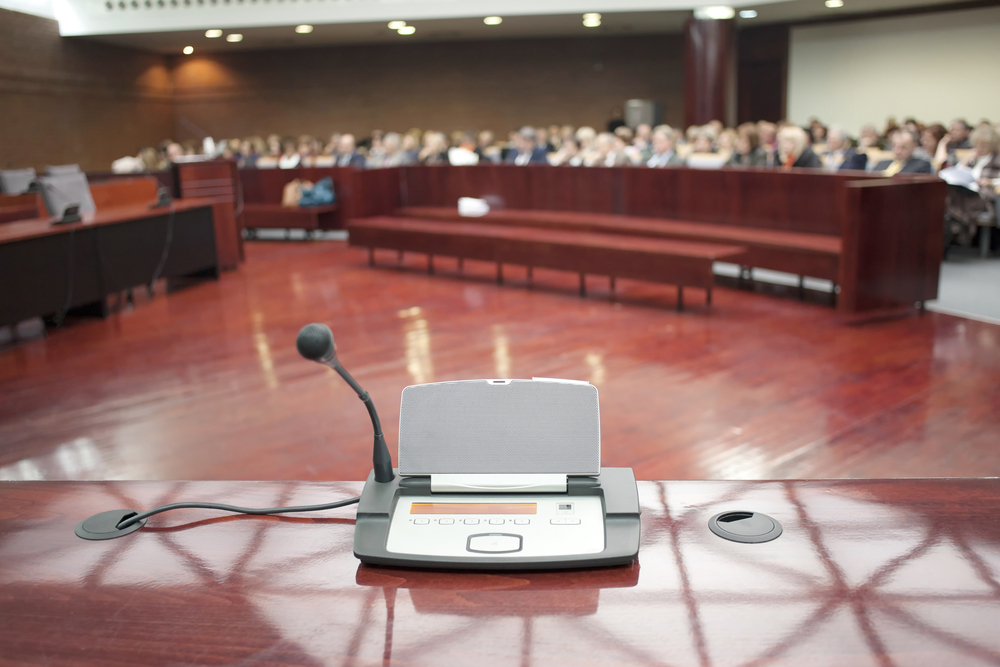 Court Reporting and Interpreters Service in Fort Lauderdale During legal proceedings it is of the utmost priority that all parties involved are all understanding what is being spoken. If you need a certified translation or interpretation for a hearing, deposition or...

END_OF_DOCUMENT_TOKEN_TO_BE_REPLACED 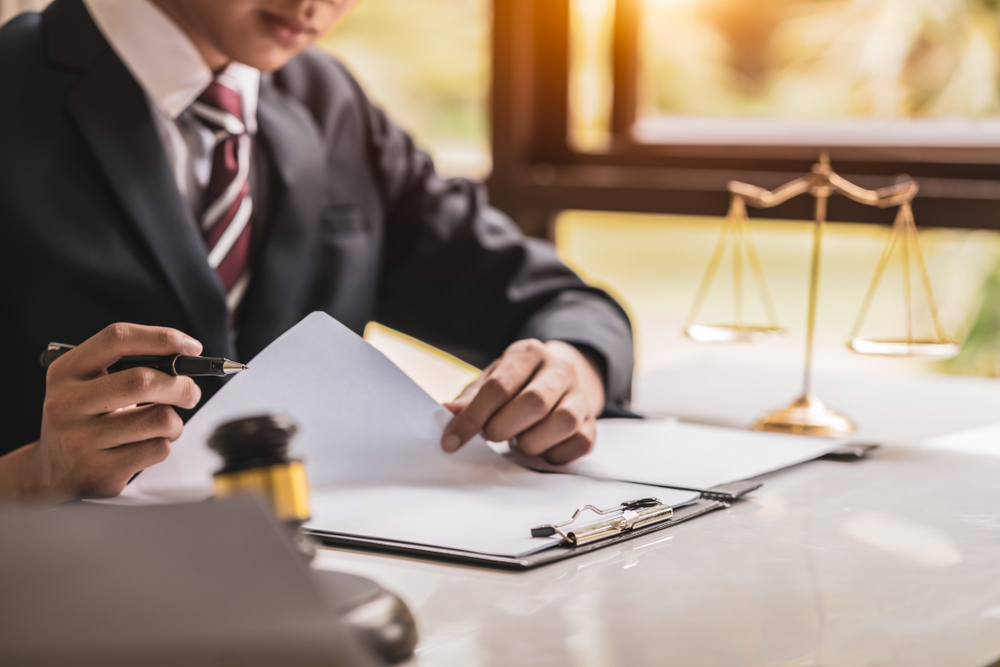 Clean Executive Office Spaces and Getting Back to Work

Clean Executive Office Spaces and Getting Back to Work Empire Legal offers high scale luxury offices that leave an impression on your clients and provide the professional appeal the people look for in a legal team. We have conveniently located Executive offices in...

END_OF_DOCUMENT_TOKEN_TO_BE_REPLACED 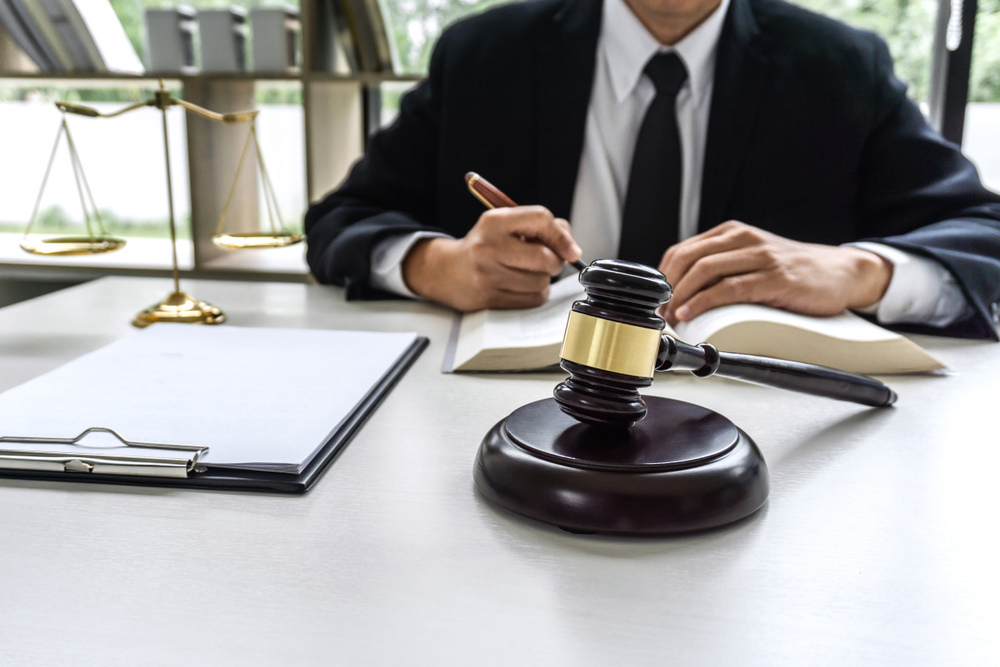 Court Reporting Services in Fort Lauderdale Accurate and precise recordings are crucial before and during any legal proceeding, you want a reputable and reliable company like Empire Legal Reporting to produce your official record. We have court reporters with many...

END_OF_DOCUMENT_TOKEN_TO_BE_REPLACED 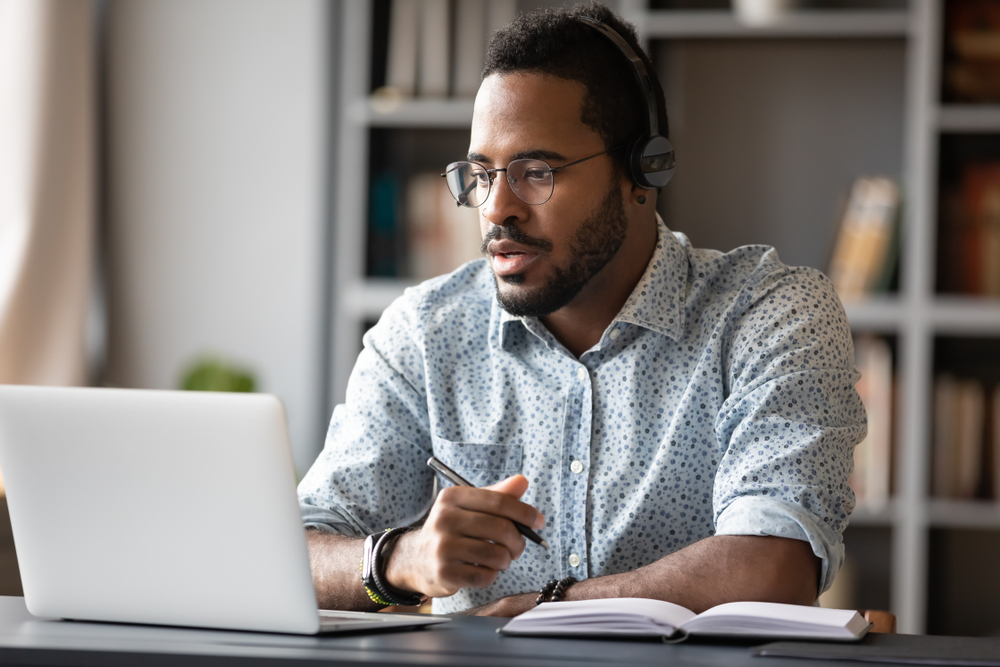 The entire world is stuck trying to figure out how to handle the coronavirus. Most business have shut down or are in some sort of altered state where they are open but offering services and products in a completely different way than normal. An example would be the...

END_OF_DOCUMENT_TOKEN_TO_BE_REPLACED 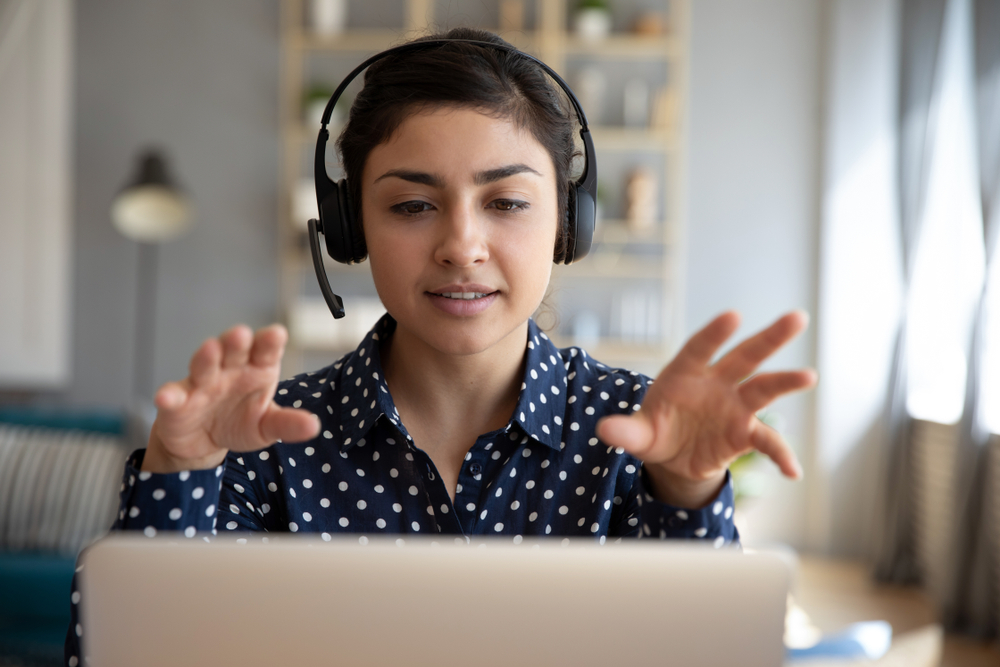 Video Conferencing, How To Stay In Contact With Clients

Right now, attorneys, doctors, accountants, therapists and other professions are trying to figure out how to stay in contact with their customers and make sure that they are getting the very best service. Phone calls are not enough, and you need to understand that...

END_OF_DOCUMENT_TOKEN_TO_BE_REPLACED 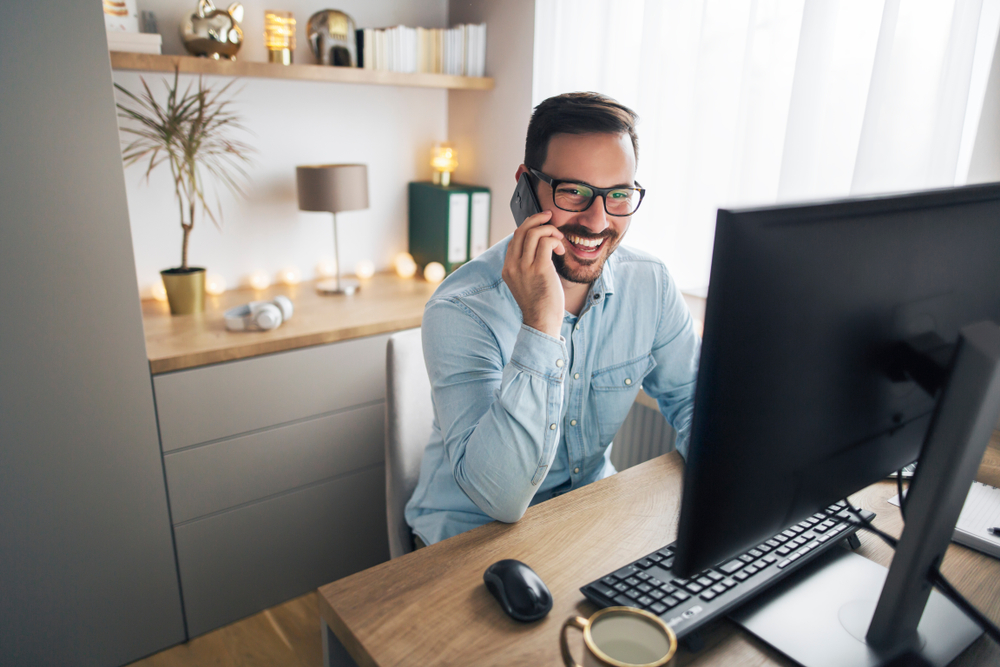 Tips For Working At Home

As the Coronavirus pushes everyone to stay at home instead of heading to the office, accountants, attorneys, marketing people and teachers must adapt. Some are more equipped than others for working at home but it’s still an adjustment for everyone. Along with a...

END_OF_DOCUMENT_TOKEN_TO_BE_REPLACED

Court Reporter Shortage: What is the cause and where is the solution

What Do They Do and Why Do We Need  them?

From the craft of shorthand to the skill of stenography to the new-wave digital alternative, court reporting has come a long way. Court Reporting can be said to have origins that date all the way back to the year 63 BC in Rome where the first known shorthand system was created. From the shorthand system of symbols and abbreviations to the birth of the modernized steno machines where typed words and symbols could be translated into many different languages, to the most recent digitized system, this field has transformed to mirror the times.

How Did We Get Here?

Four years ago Ducker Worldwide released a report to the National Court Reporters Association predicting “decreased enrollment and graduation rates for court reporters, combined with significant retirement rates, will create by 2018 a critical shortfall projected to represent nearly 5,500 court reporting positions.” This prediction was deduced from decreased enrollment and graduation for new court reporters, combined with climbing retirement rates in the field. Yet here we stand 4 years later after said report and almost a decade after the first predictions amidst a shortage in a profession that the court process depends.

The first catalyst is the lack of education and/or marketing by the both the State Court Administrations as well as National Associations to perpetuate awareness in the graduating populations about Court Reporting as a viable career as well as the looming shortage. The second catalyst being the failure to initiate sufficient educational Court Reporting programs in many states, such as South Carolina and Illinois which causes a drought at the very source of possible new comers. This coupled with the fact that the average age of a Court Reporter is 50 which explains the climbing retirement in the field is part of the recipe of lack.

What Is The Solution?

It would seem the solutions are fairly obvious to end this pending crisis, though some solutions will take some time to implement.

First, create initiatives that will help the graduating youth to associate Court Reporting as a viable career in great demand. Just as we see advertisements and campaigns about the viability of many careers on all different platforms, the same drive to induce knowledge about Court Reporting must be initiated in those states lacking.

Second, ensure on a statewide level that there are enough continuing education options for graduates to enroll in whether it be brick and mortar or alternative online options. Now that our State Administrators have become aware of such a looming problem for the courts, it would be a sound decision to incentivize the creation of such programs. Incentives obviously would not only entice educational platforms to offer such a curriculum buy also in turn initiate a much quicker means to an end of this shortage.

Lastly, the pay incongruencies in the Court Reporting arena must be corrected. Somehow, we must reach a meeting of the minds between the private and civil sectors in the market for Court Reporters. The civil sector cannot continue to take the approach of paying Reporters less than half of that paid in the private sector and expect that their jobs will ever be covered with the same ease or quality. As an example, a program was initiated in the Broward County Courts to partner with digital court reporting companies in Fort Lauderdale that would supply reporters at these civil sector discounted rates. It became evident this summer that this initiative had its definite issues when Judge Jack Tuter was quoted as saying “(b)ecause of the limited rates we are able to offer, many court reporting firms will not participate in state work.” He has had to issue cautionary warnings to some of the firms of which they work for failing to provide the reporters they need. The fact of the matter is with all the alternative higher paying options Reporters have in the private sector, until the civil sector approves its pay rates or perhaps approach, it will continue to have such issues.

In conclusion, there are so many simple solutions that can be instituted to correct this shortage of Court Reporters Nationwide. However, it seems clear it must start on the state level with our State Administrators rectifying the shortage of initiatives and educational programs as well as addressing possible solutions to the pay scale gap between the civil and private sectors.